There is an English word that brings equal measures of happiness and shock when spoken among car enthusiasts: “depreciation.” The Audi A7 Sportback presents the tempting question: would you?

If you bought one of these models from a decade or so ago that has now tanked in value, you’re most definitely not alone. We’ve been there. Would we still buy that same car again for the motoring thrills? Absolutely.

After having been on our roads for 10 years, would you buy that shiny car in the dealership’s window? Those desirable (and mostly unattainable) cars a decade ago are so very temptingly affordable today. Do you take the brave pill to take on that dream car? Well, would you?

This Audi model was introduced on our shores in 2011 after a fanfare arrival in Europe in 2010. With polarising styling and filling a niche we never knew existed, the first-gen Audi A7 slotted in between the luxo-barge A6 and A8 sedans with a more practical hatchback styling. More to the point, it brought A8 interior details to a sexier A6 chassis.

To the eyes of this reviewer, it has a shape that most certainly has aged gracefully. The striking lines set it apart from the rest of the Audi model range and it is more handsome than its rivals the Mercedes-Benz CLS and BMW 5-Series GT. To boot, Audi cleverly equipped this model with the stonking 3.0 TDI engine with its 180kW of power and 500Nm to launch it to 100km/h in 6 seconds and onto a limited top speed of 250km/h while it sipped your favourite flavour of diesel at just 6.0-litres/100km. If at all you are aware of Dieselgate, it is this engine that kicked off the investigation into Volkswagen Group’s diesel-emission cheating software… For those that prefer petrol, the A7 Sportback was also available with a supercharged 3.0 petrol engine offering 228kW, 440Nm and a 0-100km/h sprint time of 5.6 seconds on the way to a 250km/h restricted top speed.

(Please note: We won’t be discussing the RS7 model in this article as it is as far from the standard model as one can get in terms of dynamics. It would be unfair to bring in that halo model into this report. Also, the price is nearly double and is far outside of this website’s ambit.)

With a price tag starting at R717,000 for a base specification, you’d be right to think it featured a deep list of comfort, luxury and safety systems.

For this money, buyers would also be tempted by the BMW X6, Mercedes’ ML/GLE Class and Audi’s Q5 and Q7 models. For this reason, the A7 Sportback was heavily specified as standard. It sported a thicker-rimmed steering wheel over the A6, a centre console and stack angled towards the driver, and A8 details for the knurled controls and trim finishes in aluminium and wood.

This isn’t an S or RS model (Audi’s spirited performance lines), nor is it designed to match the R8 (Audi’s supercar) for driving character and charm. However, the Ingolstadt engineers mounted this aluminium chassis on a double wishbone front axle and a single wishbone trapezoidal link rear axle for handling that’s composed no matter the surface chatter yet not offering a ride that’s devoid of any sensation and feedback when spiritedly hustled through a mountain pass.

Underneath Those Polished Lines

As with any preowned vehicle of any age, it is essential to inspect the vehicle’s service history and bodywork. A five- to nine-year-old car that was three-quarters-of-a-million Rand when new would have most likely been owned by a CEO or a very lucky Melrose Mommy. In saying that, it would have had a fairly cushy life with regular maintenance checks. But, it doesn’t mean you shouldn’t be conscientious in your background checks…

A deep dive of its service history is vital for your car-buying investigation. Check the bodywork over with a fine toothed comb and for any signs of repair work. You’d obviously want to avoid buying a rebuilt vehicle…

On the various Audi forums, and after calling up a a few Audi dealerships’ workshops around the country to verify my research info, and the fact that this model shares the same underpinnings as the A6 sedan allowed us to draw an even wider net for potential concerns, I did come across very little to warrant any headaches or gremlins that might put you off this model.

We’ll sweat the little details first: non-engine electronics (exterior mirror and tailgate operation for example), a noisy centre diff (remember this car is equipped with Quattro all-wheel drive technology) and a few trim rattles around the gear lever were the most commonly mentioned niggles.

The turbodiesel unit is known to cough up DPF sensor alerts, but an independent workshop could easily circumvent this. A faulty crankshaft pulley on the petrol engine did rear its head on a forum.

The biggest area of concern is the S Tronic dual-clutch transmission and its complex components. A known soft area for the VAG (Volkswagen Group), this gearbox offers excellent performance when swapping cogs, but it needs thorough maintenance checks to keep it in tip-top condition. It needs to serviced every 90,000km, but in our experience we’d suggest changing the gearbox’s oils and filters every 75,000km. A handful number of Audi A7 Sportback owners ran into problems with this gearbox’s mechantronics unit. There is an easy way to check the gearbox out: the most telling clue it needs immediate attention is the way in which it shifts from first to second gear. If this gear change is a sharp kick, that’s a sure sign of a poorly S Tronic. Another telltale sign is when shifting from P to D: if the clutch hesitates when engaging D, the mechatronics unit is going to cause you headaches unless the gearbox isn’t serviced sharpish.

We have found a few of these handsome coupe/sedans on offer. And, after losing more than two-thirds of their value in eight years, the A7 Sportback presents huge amounts of car for Volkswagen Polo Sedan money.

This 2013 Audi A7 Sportback 3.0T FSI Quattro S tronic has a low mileage of 70,000km and a reasonable price of R299,900. It is also equipped with a panoramic sunroof and a towbar, along with a long list of standard features.

The newer the cars, the higher the price. This facelifted 2015 Audi A7 Sportback 3.0 TDI Quattro S tronic has a low mileage of 88,000km with an asking price of R429,900. It is also equipped with a panoramic sunroof, towbar, the fantastic-looking Matrix-LED tail lights, and a long with a long list of standard features.

The first-generation Audi A7 Sportback might not have been the rampant sales success on local soil that it was in Europe, but that just makes it all the more alluring. Owning a German super sedan such as this one is much better prospect than an ugly, boxy SUV in our opinion. The A7 Sportback can’t be faulted technically for bringing svelte lines to a dull class of cars. With very little to worry about – when compared to other cars in its class – this makes for a superb second-hand buy. Don’t succumb to joining the SUV squad.

Poll: Have Your Say 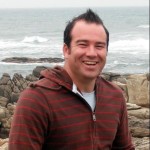